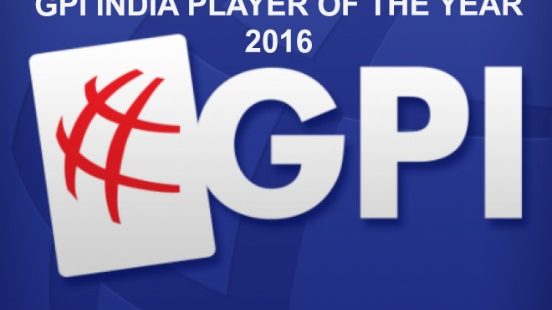 The skill game of poker is rising rapidly in India with numerous men and women joining in the game. This year has been booming, as many players have been able to climb up in the 2016 GPI India POY . While there were many who achieved big and created headlines this year, we have picked up only top 10 players, who include some big achievers like Raghav Bansal, Krishna Nagaraju, Taha Maruf, Shashank Jain, Dhaval Mudgal, Kunal Patni, Akash Malik, Aditya Agarwals, Tarun Ravi, and Amit Roshanlal Jain.

He is a well-known poker pro form New Delhi in India with some big poker achievements under his belt. This year has been all good for him, as he was able to gain some top cashes across the various world famous tournaments. His biggest cash of the year came when he won the DPT Main Event back in January 2016, earning $ 45,214 the first place prize. His second biggest cash came when he finished 11th in the $3,000 No-Limit Hold’em at Six Max 2016 World Series of Poker in January 2016 for $32,396. He created big waves when he finished 4th in the HKD$4,000 No-Limit Hold’em $1 Million GTD at 2016 Asia Championship of Poker in October 2016, taking home $16,338 in the prize money. His best live cash till date remains $45,214, while his all time money list is estimated upto $233,717.

Belonging to the Salt Lake City Kolkata in the Indian State West Bengal, Aditya also had very impressive performances this year. Recently, he cashed out in the WSOP $ 10,000 No Limit Hold’em Main Event Championship at 47th World Series of Poker (WSOP) 2016, Las Vegas, earning this year’s biggest cash $ 18,714. His second biggest cash came when he finished 6th in the main event of India Poker Championship, Goa in February 2016. This year gave him several in money finishes, helping him to climb up the 2016 GPI India POY. His total earnings are $649,684, while his best cash is $96,445.