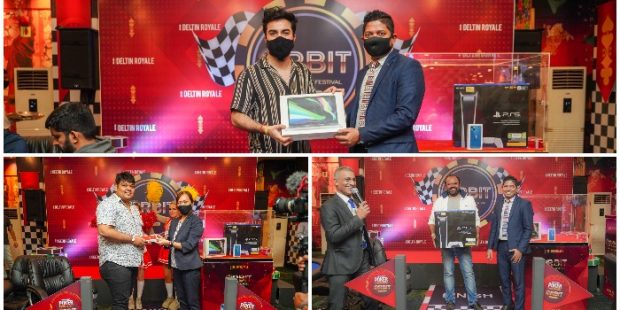 With all the leading casinos now open in India’s popular gaming destination – Goa, live poker is back in the business. Currently in the spotlight is India’s largest Poker Cash festival ‘ORBIT’ – a 5-day cash game fiesta running at the stunning Deltin Royale Casino. Promising a high-octane cash action and grand prizes like Kia Seltos, BMWG310R Bike, Apple MacBook Pro, iPhone 13, PlayStation 5, etc., the festival commenced on the 20th of October with massive participation of poker enthusiasts from different parts of the country and is now running full steam with so many big names in attendance.

The players seemed excited and keen on wanting to participate and take their shot at the grand prizes up for grabs. The first round of the daily lucky draw took place on the 21st of October where 3 winners were felicitated amidst a lot of pomp and glory. Here is what they won and what they had to say: The first winner felicitated in the opening round of daily lucky draw on 21st October was Anil Adiani, a popular name in the Indian poker circuit. He has been visiting Deltin Royale for 10 years. He hopes to win the BMW bike and ride with it to Ladakh, which is known for its breathtaking landscapes, crystal clear skies, the highest mountain passes, thrilling adventure activities, and amazing festivals. The second winner crowned in the opening round was an avid poker player in Vinayak Malani from Gujrat, who won the stunning iPhone 13. He said that he was enjoying the ongoing festival & having a great time. He would gift the phone he won to his wife. He was very happy with the cash festival.

The first round of the daily lucky draw belonged to Gujrati boys, with two of the 3 winners being from Gujrat. Another winner from Gujrat was Anshit Patel who won the Play Station 5. He said that the Poker Cash festival has been a great experience & he has made some good friends already.

The next 3 days are going to be bigger with grander prizes like BMW Bike and KIA SELTOS up for grabs. Keep following Online Poker News (OPN) for updates from India’s largest Poker Cash festival ORBIT!