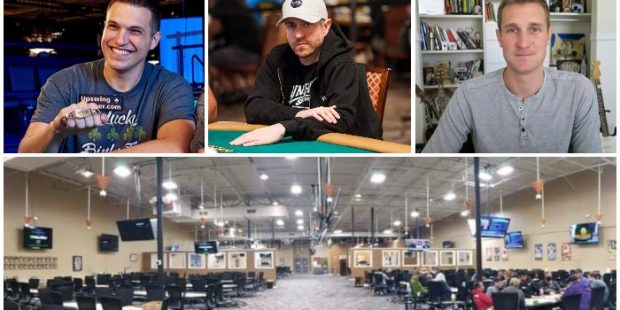 Poker in Texas has been growing rapidly and seems to accelerate further in 2022 with the star power of Doug Polk, Brad Owen, and Andrew Neeme as they have teamed up to operate the largest card room in Central Texas – The Lodge Poker Club. Polk, along with fellow poker streamers, Owen and Neeme, has joined the ever-growing Texas poker industry as part of a group investing in the Lodge Poker Club in Austin, Texas. While the financial details have not been disclosed, the three prominent pros and content creators have purchased a majority share of the popular poker room in Austin.

Talking about the investment in the club, Polk, who is a three-time WSOP bracelet winner from California, said he made a “substantial investment” in the club having as many as 60 tables. The room is part of a flourishing poker scene in the Lone Star State, which is a unique place for poker as the laws differ from most states. Due to Texas state law, the club does not charge a rake, so the card rooms operate as membership clubs and charge monthly membership fees or daily/hourly seat fees.

There are as many as 60 card rooms in the state with the Lodge Poker Club being the largest card room among them. According to Polk, there are several other partners investing in the said poker room and they include the likes of Mike Brady, Ryan Fee, Matt Colletta, and Thomas Keeling.

The Monster Meet Up Week in Late January

The Lodge is an ideal place to play with a number of amenities, including high-quality dealers, 40 big-screen TVs, and charging stations at every table. To celebrate this big news, The Lodge is hosting a huge event in late January called The Monster Meet Up Week. From January 24th to January 30th, there will be daily events at The Lodge. Here is the complete Monster Meet Up Week schedule:

Given below is the video summing up why the guys decided to buy a significant stake in a poker room.