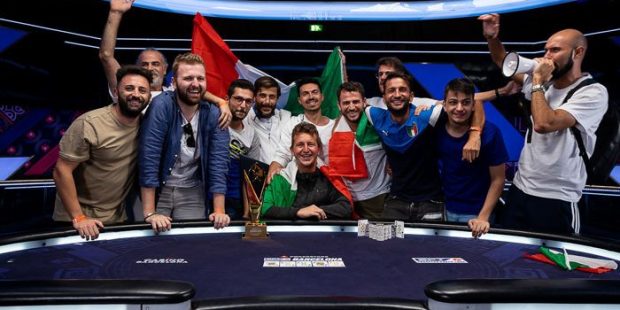 The 2022 European Poker Tour Barcelona €5,300 buy-in NLH Main Event is finally in the books, marking the end of a record-shattering series. The tournament a record field of 2,294 entries to the Casino Barcelona, creating a prize pool of more than $11.3 million and making it the largest EPT Main Event in history. Following two starting flights and five more days of intense action, Italy’s Giuliano Bendinelli emerged victorious and walked away with the coveted  title and career-best €1,491,133. This was by far the largest score of Bendinelli’s tournament poker career and he now has nearly $2.4 million in lifetime tournament cashes to his name. “I can’t believe it happened today. I’m proud about how I played, but I also won some showdowns,” said Bendinelli said after coming out on top.

The historic EPT Main Event saw participation from across 78 countries. However, the 31-year-old hardly had an easy road to the victory. In fact, there was a point when he came down to  a single big blind during the six-handed play of the tournament but did not lose hope and staged a phenomenal comeback to reach the heads-up with Guerrero settled for the runner-up prize of €1,250,337.

The tournament ended in a heads-up deal. On the final hand, Bendinelli raised to 3,000,000 with pocket eights and Guerrero called with Js 7s. The flop fell Jh 9c 8s, giving Guerrero top pair. He check-called a bet of 2,500,000 from Bendinelli, who had improved to bottom set. The Jc on the turn gave Guerrero trip jacks and Bendinelli full house. Guerrero again check-called for 5,500,000. The 8d on the river improved Bendinelli to quads. Guerrero bet 3,800,000. Bendinelli moved all-in, and Guerrero called. Bendinelli leaped out of his chair and began to celebrate before turning over his eights for quads, which earned him the title. Guerrero had to settle for €1,250,337 for his runner-up finish.

Kavin Shah was the only Indian to make it to Day 3. The high-stakes cash game reg did well to finish 92nd for his first EPT cash worth €20,480. Another Indian to score ITM was Apoorva Goel, who made it to the feature table on Day 2 and exited the event on the same day, finishing 318th for €8,860. 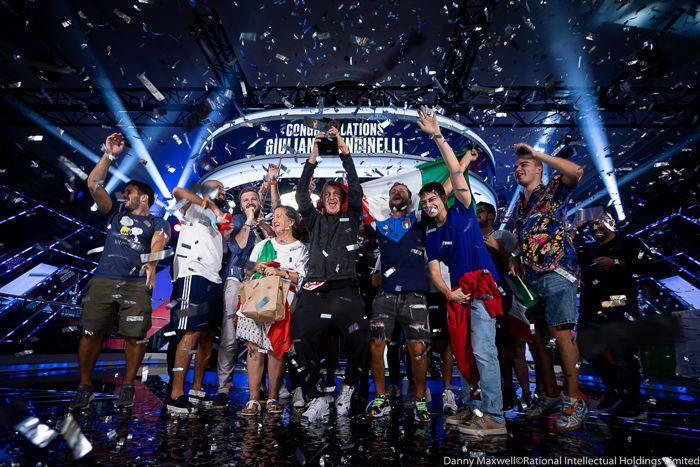