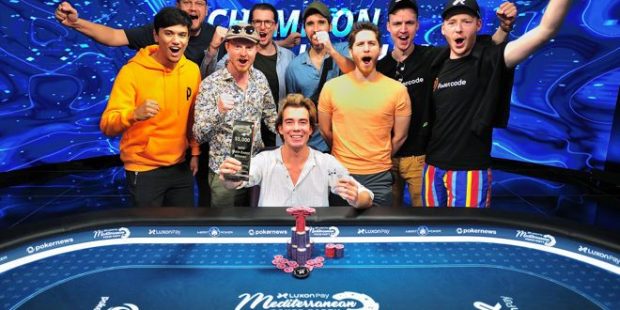 Hosted at the Merit Crystal Cove Hotel and Casino from 19th August to 4th September, the 2022 Mediterranean Poker Party (MPP) had several big events on its schedule, with the MPP $5 million GTD $5,300 buy-in main event being the festival’s centerpiece. The event drew in 1,032 entries and saw Germany’s Hannes Jeschka topping the field to win $542,000 as the eventual champion. This was Jeschka’s career high score, and he now has more than $700k in lifetime cashes to his name.

From the field of 1,032, only the top 155 players finished in the money, and the final day began with 21 players remaining and Jeschka in the lead. By the time the final table was set, Jeschka was in the middle of the pack, while Karmatckii had moved into pole position. Karmatckii then lost his massive  lead, but soon knocked out Riccardo Saraniero (9th for $53,000) to make up some of those losses.

Karmatckii continued and shoved into the two short stacks in the blinds. Yiannis Liperis called off his last 6.4 big blinds with K-J, but failed to hold up against the Q-4 of Karmatckii. Liperis took home $230,000 for finishing 4th. Jeschka was a clear short stack when three-handed play began, but found a double-up through Karmatckii early on to narrow that gap considerably. With things tightened up a bit, the final three paused the action to discuss a deal and finally the deal was agreed.

Soon after the deal, Jeschka picked up another double-up, this time through Warburton. The latter was then all-in with 10s 9s trailing the As 10h of Karmatckii, who flopped two pairs with an Ace and a 10 and held from there till the river, ending Warburton’s run in 3rd place to enter the heads-up.

The heads-up play began with Jeshka holding the lead over Karmatckii and needing a few hands to convert his lead into the title. Finally, all of the chips got in pre-flop with Jeschka’s As Qs dominating Ad Jc of Karmatckii. The board ran out 7h 6c 2d 9d 10c, giving Jeshka the pot as well as the title.