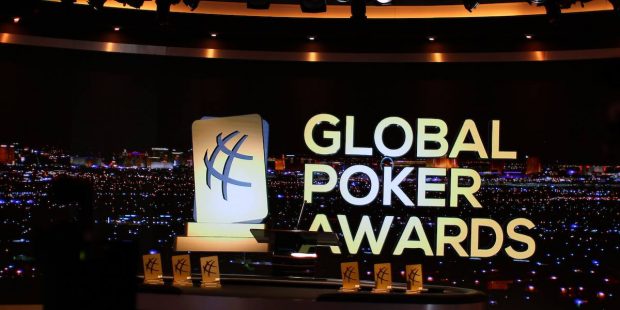 The third edition of the Global Poker Awards (GPA) are returning to the PokerGO Studio at the Aria Resort & Casino in Las Vegas in February 2022. A prestigious poker event, it seeks to celebrate the achievements of well-known figures from all facets of poker. This is the second time the annual awards ceremony will be taking place at the PokerGO Studio after its inauguration in  2019.

Global Poker Index (GPI) and The Hendon Mob (THM), along with partner PokerGO, will host the Global Poker Awards to honor the best of 2021. The upcoming  award ceremony will be live-streamed on February 18 on PokerGO.  Dozens of poker players and media members are expected to get together to celebrate the top accomplishments on and off the felt from within the industry.

The third edition of the GPA is happening after a year-long hiatus. Live poker was majorly affected in 2020 and 2021 due to the COVID-19 pandemic, resulting in the cancellation of the 2021 Global Poker Awards due to the severity of the pandemic. The return of the award ceremony marks the end of the two-year hiatus for the celebratory event. More than 20 awards are up for grabs at the 2022 Global Poker Awards, including GPI Player of the Year, Players’ Choice Award for Best All-Around Poker Player, and People’s Choice Award for Hand of the Year and additional awards to be selected later.

The second edition of the Global Poker Awards ceremony took place in March 2020, just before the COVID-19 pandemic wreaked havoc worldwide. A total of 25 awards were given away to the top achievers from the poker industry. Alex Foxen and Kristen Bicknell, a popular poker couple, shipped the GPI Player of the Year and GPI Female Player of the Year awards for the second year in a row in their respective categories. Miami” John Cernuto won the Hendon Mob Award, and Johnny Chan was honored with the Poker ICON Award. Joey Ingram took home the Journalist of the Year award.