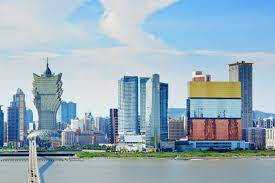 Widely known as the ‘gaming capital of the world’, Macau has been a favourite poker destination among the Indians. However, things don’t seem to be going right after the government of Macau announced that it would allow visitors from only 41 countries, starting from 1st September 2022.

Sadly, India is not on the list of 41 countries, which means that Indians won’t able to enter the country. However, India is not the only country to be excluded from the list. In fact, there are several other Asian countries that have been barred, including Pakistan, Afghanistan, Bangladesh & Sri Lanka.

Why is Macau restricting visitors from India and certain other Asian countries? The answer lies in the no. 166/2022 issued by the Chief Executive of Macau. As per the order, the Health Bureau has drawn up the latest entry regulations, which will restrict the entry of non-residents into the country.

As per the order, only nationals from 41 countries will be allowed to enter Macau. However, according to the COVID-19 protocols in the country, the citizens from these 41 countries will have to present reports showing they test COVID-19 negative and have to undergo a seven-day quarantine period.

As per the latest Health Bureau directive, “Passport holders from the 41 countries mentioned above may enter Macau from countries and regions other than Hong Kong, Taiwan and Mainland China.”

The Health Bureau directive also added, “Foreign passport holders are still required to present a negative nucleic acid test certificate at the time of boarding the plane, vehicle or ship and at the time of entry, while those entering Macau from countries and regions other than Hong Kong, Taiwan or Mainland China are required to hold a confirmation of hotel booking for isolation in Macau, a certificate of booking for routine nucleic acid testing during the isolation period, and undergo at least seven days of intensive medical observation in isolation and three days of self-health management upon entry.”