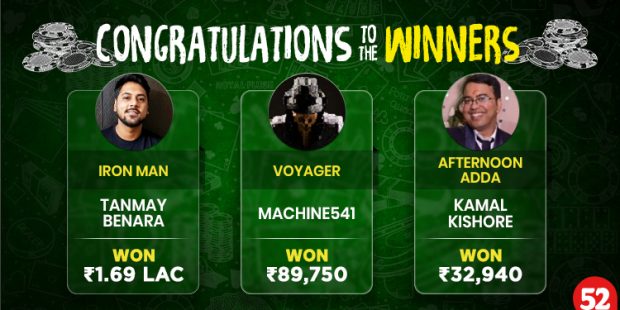 On the heels of a power-packed Sunday, the action on Adda52.com dimmed a bit as there were not as many big guaranteed events. Headlining the Monday roster on the site was the 8 Lac Iron Man that drew an impressive 421 entrants to crush its listed guarantee and create a prizepool of INR 8.42 Lac. The top 43 places were paid out, with Tanmay ‘PlusEv’ Benara walking away with the top prize worth INR 1.69 Lac. He chopped the title heads-up with Sunil ‘bababk’ Arora (2nd for 1.66 Lac).