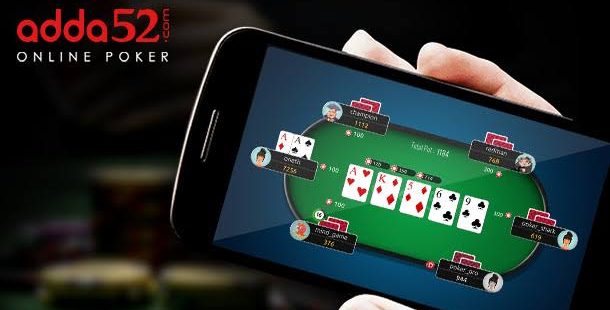 2021 was a year to remember especially for India’s largest poker site Adda52, and its players. The online poker giant introduced some amazing new tournaments and series during the year, some of which include the launch of the 2 Crore GTD Adda52 Champions Leaderboard, 8 Crore GTD Adda52 Tournament of Champions (ATOC), 10  Lac GTD Women’s Day Special Event, 1 Crore GTD WPT Unreal (first-ever 1 Crore GTD tourney in India at just INR 499 buy-in) and the 2.6 Crore GTD Series of Legends (SOL) to cater to the growing demands and needs of the MTT lovers in the country.

2021 for Adda52 started off with a bang! The site kicked off the year on a firecracker note by launching its most-massive leaderboard race ever – Adda52 Champions Leaderboard (ACL) in January with an unheard of 2 Crores in guaranteed prizes to reward players for their consistency. The ACL race seeks to find the next Adda52 pro from the industry and is now less than a month away from its culmination. The race concludes in style with Adda52 POY – Goa Live SNG to be held in the first week of February 2022. The winner of this SNG in Goa will be declared the ‘ACL Player of the Year’ (POY). In addition to the bragging rights of winning the ACL POY title, the champion will also bag a 20 Lac sponsorship deal from Adda52 along with a chance to represent the site as a Team Pro!

The concept is simple. The ACL race has 4 monthly leaderboards with INR 13.5 Lac in prizes to be won across the four leaderboards each month. The top five players from each monthly leaderboard qualify for an ACL quarterly SNG for a shot at an additional INR 5 Lac in prizes. Finally, the top 2 finishers from each Quarterly SNG then qualify for the live-streamed ACL Goa LIVE SNG to be held in February 2022 at India’s luxurious casino Deltin Royale in Goa. The Live SNG in Goa will see nine players battling it out for the ‘Adda52 Player of the Year title’, ACL trophy and 20 Lac sponsorship deal from Adda52.

The ACL race is on the home stretch now, with just one ACL SNG (5 Lac One-Time SNG) remaining for players to qualify for Goa Live SNG (ACL Finale). This will serve as the last chance qualifier and the winner of this SNG will book the ninth seat for the Goa Live SNG to be live-streamed from the Deltin Royale in Goa. So, don’t miss this last chance SNG to be held on 16th  January (Sunday) this month.

The ACL has been a huge success and players are all praise for the promotion. Talking about the ACL race, one of the Goa Live SNG qualifiers, Arjanveer Singh Chadha said, “The ACL is a one-of-a-kind opportunity for tournament players to be rewarded for their consistent performances. There is nothing like this out there. Personally, I love chasing MTT leaderboards, so when the ACL was announced I knew I had to be in the running. I’m so glad that I have booked my spot for the finale with a chance to be named as “Adda52 Player of the Year”. That thought gives me goosebumps every time.”

Taking another step forward in 2021, the online poker giant then launched the 8 Crore GTD Adda52 Tournament of Champions (ATOC) that served as the ultimate battleground, especially for new players to compete with the best of the best, learn from them and thereby hone their poker skills. The series ran from 25th February to 8th March. The inaugural edition of the series promised a massive 8 Crore GTD prize pool across 92 events, offering something for players of every bankroll level with buy-ins ranging from INR 550 to INR 27500. Offering 18 trophy events with exciting guarantees and formats, the series managed to attract players in big numbers, comfortably surpassing its 8 Crore GTD prize pool.

The series had as many as 92 winners, including 18 trophy event winners. Headlining the list of trophy event winners was Piyush Goenka aka “pokerpassion”  who championed the 2 Crore GTD ATOC Main Event, winning INR 36 Lac and the beautiful ATOC trophy. The series also featured a 75 Lac GTD ATOC Mini Main Event and it was Surbhit “grovahova” Grover who won the event for a career-best INR 15 Lac. You can watch the replay of the ATOC Main Event below, with Shivam Jain calling the action.

Bringing down the curtain on the ATOC series was the 10 Lac GTD ATOC Women’s Day Special that was live-streamed with poker diva Muskan Sethi as the guest commentator. The idea behind this tourney was to propagate the unbeatable women’s power and encourage more and more women to join the game of poker. This special event took place on 8th March 2021 and found a winner in Saumiya ‘Letsgetthemoolah’ Paithankar who won 2.50 Lac along with a beautiful ATOC Trophy. Dishani ‘DishVish22’ Vijay finished runner-up and walked away with 1.50 Lac for her deep run.

Talking about her victory and experience in the Women’s Day Special, Paithankar said, “It was a great experience playing with such talented and amazing players! Thank you so much Adda52 for hosting an awesome women’s day special, I’m sure this will get more women into poker! Kudos to Adda52!”

In a bid to make everyone feel special and transform the ordinary into the extraordinary, Adda52 launched several amazing tournaments in 2021, including 1 Crore GTD WPT Unreal that ran as part of the 25 Crore GTD WPT Online India (WPTOI) in August 2021. Offering an unimaginable value with 1 Crore GTD at just INR 499 buy-in, the first-ever 1 Crore GTD tourney at INR 499 buy-in was truly for ALL and saw amateurs, professionals, and recreational poker players coming out in big numbers.

The WPT Unreal received a huge response, drawing in a record-breaking field of 19,569 entries. A total of 2,048 runners returned to the event’s Finale, with 2,000 of them finishing ITM.it was rising star Ankita ‘ankumalik’ Malik who topped the record field to earn the distinction of becoming the first-ever WPT Unreal champion! Clinching her third title at the WPTOI series, Malik banked a career-best INR 15 Lac payday for her WPT Unreal victory. It was a memorable event for the champion as both Ankita and her husband Gagandeep ‘gaganhyd’ Malik (3rd for INR 8 Lac) final-tabled the event.

Adda52 closed out the year 2021 in style with its 2.6 Crore GTD Series of Legends, a unique MTT offering designed for the players and by the players. The first of its kind series guaranteed a massive INR 2.6 Crore GTD in prize pool across 9 tournaments from 13th to 19th December 2021.

All the tournaments in this series were named after the legendary Indian poker players like Gaurav Sood, Ashish Ahuja, Arjanveer Singh Chadha, Akash Malik, Kunal Patni, Minissha Lamba, Siddhanth Kapoor & Shivam Jain – all established figures in the Indian poker circuit with several prestigious poker titles and achievements to their name. On top of it, the series had a special incentive on knocking them out of the tournament, thus making it more exciting and appealing for MTT lovers.

Talking about the series, The Courageous Arjan third-place finisher Ashish Ahuja said, “Series of legends was quite a unique format and I’m sure the people loved it. It gives you thrill to compete with one of the best in the industry and a special incentive on knocking them out of the tournament.”

Given the exciting formats and guarantees, the Series of Legends received an overwhelming response from players across the country and wrapped up with grand success, drawing in more than 5k entries and awarding a massive 2.72 Lac in the prize pool. There were a total of nine winners crowned at the series and headlining the list was online reg Harsh Bubna who championed the 1 Crore GTD Patni Millionaire for INR 16.12 Lac. Rising star Ritwik Khanna took down the 55 Lac GTD Moz Roller for a career-best INR 15.40 Lac, the second biggest score awarded at the mega-series. Here is a quick look at the winners from the SOL!