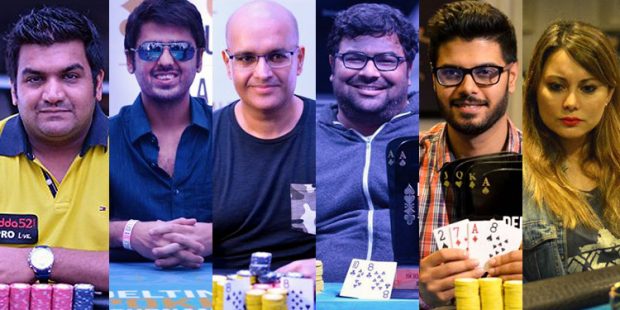 The moment you all have been waiting for is here. One of the most-awaited poker festival of the year – Deltin Poker Tournament (DPT) kicks off in 3 days from now on 14th April. The series running till 19th April features a whopping 2 Crore GTD and promises several exciting events on the schedule, including 1.2 Crore GTD DPT Main Event, 65K High Roller & a 10K Women’s Special along with a Bounty & PLO event.

With the first DPT of 2022 around the corner, we decided to look back and relive top moments from the seventh DPT edition held at the Deltin Royale casino in Goa from 13th to 18th September 2017. Just as its predecessor, the series attracted attention from poker players from all across India, drawing in an 639 entrants across 6 tournaments. We saw several pros winning big but stealing the show was the then Adda52 Tea Pro Amit Jain who shipped the 75K Highroller, winning INR 24,94,800. The highlight event of the series was the 35K Main Event that was won by Haresh Kukreja who banked INR 18,71,000. Here is a quick look back at the top winners!!

The seventh edition of the DPT saw a good turnout of players with the costliest event on the schedule – 75K High Roller attracting 114 entries. Topping them all was the then Adda52 Team pro Amit Jain from Mumbai who played his A-game and was rewarded aptly with a well-deserved victory that banked him INR 24.94 Lac payday. The heads-up battle took place between two of the country’s most respected MTT players –  Sahil Agarwal and Amit Jain with the latter dominating and winning it.On the final hand of the event, Agarwal limped and Jain moved all-in with 2h 2d and Agarwal called with Kc 10h. The board ran out 3c 7d 3h 8c Ad, giving the title to Jain. It was an intense heads up battle between Mumbai`s Kukreja and Gurgaon’s Iyer with the former winning it. The final hand was a pre-flop all-in with Kukreja holding Ah-Kh against Iyer’s Ac-Qd. The board ran out 4d 3d Jh 3c 5h, giving Kukreja the title. The last hand of the tourney saw short-stacked Satish moving all-in with Jd 10d and Suri called with 8s 8c. The board ran out 5s As 8h 2c 6s giving Suri the Kickoff title.

The last of the winners in this edition were Vikram Kumar, Jagdeep Singh & Adda52 Celebrity pro Minissha Lamba. Kumar from Chennai took down the DPT 15K Bounty Event for INR 3,59,400, while Delhi-based Jagdeep Singh took down the 15K PLO for INR 3,47,000. Lamba was the last lady standing in 10K Ladies Event and won INR 70K.