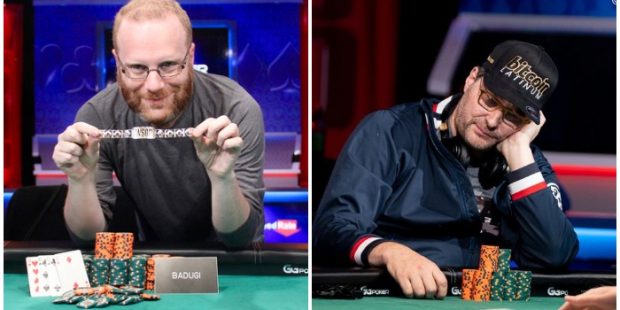 Adam Friedman etched his name in the history books on Wednesday night as the 39-year-old defeated all-time WSOP title leader Phil Hellmuth heads-up to win 2021 World Series of Poker (WSOP) Event #36: $10,000 Dealer’s Choice Championship. Coming off of winning his record 16th bracelet, Hellmuth was favourite to win it but Friedman pulled off an incredible comeback to deny his record-furthering 17th gold bracelet. Friedman earned $248,350 for the accomplishment, his fourth gold WSOP bracelet. This was the third consecutive time he has taken down this very same tournament. He first won this event in 2018 and went on to successfully defend his title in 2019.

It was a historic moment for Friedman because he has became the first-ever player in the poker history to go back-to-back-to-back in the same WSOP event. “I’ve waited 28 months to play this tournament, with the pandemic and the delay this year,” Friedman said after achieving his historic victory. “All I kept saying was, ‘just get me to day 2, I just want a chance.’ I don’t need to win this tournament. I’ve got nothing to prove. I’ve got literally nothing to prove. It was just a pure challenge, to see if I could do it.”

“This event is so much different from every other $10,000 event [at the series],” said the Indiana University graduate, who also finished fifth in the Dealer’s Choice event 2015. “People that play this tournament, they want to play it again and again. It’s so addicting. There are so many games that we don’t usually get to play in tournaments. There are so many different thought processes and strategies that don’t exist in any other event. You have to be thinking about so many things from the moment you sit down on day 1, all the way through the end. It’s just such a unique tournament.”

Friedman and Schwartz chopped a badacey pot to bust Matt Glantz in seventh place. Bracelet winner Andrew Kelsall was the next to hit the rail. Following him were Mike Matusow (fifth for $56,826) and Carol Fuchs (fourth for $77,437). Friedman entered the 3-handed play as the shortest stack. Hellmuth held the lead and extended his advantage further by eliminating Schwartz in third place ($107,861).

On the final hand, Hellmuth raised and Friedman three-bet. Hellmuth four-bet all in and Friedman made the call. Both players stayed pat for all three possible draws, and Friedman rolled over 9h 6s 5c 2d for a nine badugi. The Poker Hall of Famer mucked, earning $153,493 as the runner-up.