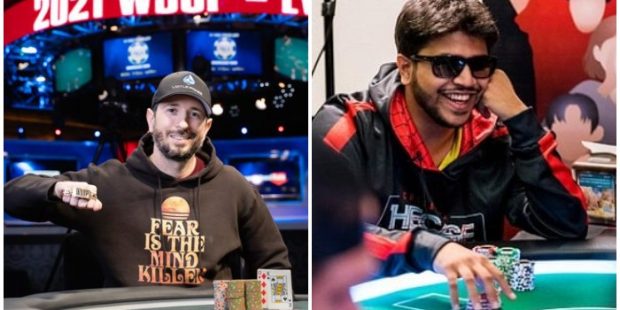 Only 41 players returned for their shot at the WSOP bracelet and the top prize of $474,102 on Day 2 of the WSOP 2021 Event #51: $3,000 6-Handed No-Limit Hold’em. It took a little under four hours for the field to whittle down to the final table. Brian Rast began the final table as a chip leader single-handedly eliminated all but one player to win his fifth WSOP bracelet and $474,102. With his latest victory, Rast became the 11th player in WSOP history to take down five WSOP bracelets.

Talking about his win, the 39-year-old poker pro said, “Honestly, it’s mixed emotions, the biggest one is relief…Things have been changing in my life. Since COVID, it’s the least I’ve played poker since I started. So, coming back to this WSOP, it’s like, I really haven’t played much for almost a year and a half. This was like a challenge. This WSOP is more like playing for the competitive spirit of it, and it was cool because I’ve played poker for a lot of money, and this is a decent chunk for only putting up $3k. But that said, the thing that really got me fired up about this is the competitiveness of doing it.”

“I turn 40 in a couple weeks, and it was on my mind to make the Poker Hall of Fame. I think I have a pretty good claim. I’ve played the biggest cash games in the world for over a decade, and I’ve done a lot in tournaments as well. I just don’t think there are too many people. I wanted to come back here this year to the WSOP and show myself that I can still play great poker and be around and enjoy it and hopefully add more”, Rast added

From Team India, this year’s WPT India Mini Highroller champion Neel Joshi was the only Indian to post a score. Joshi, who cashed Event #43 of the series earlier, placed 141st for $4,814 (INR 3.60 Lac).

All eyes were on Brian Rast and he came out to the expectations. He entered the final table with a commanding chip lead and extended it even further by scoring the first elimination in Francisco Benitez who jammed with ace-queen and Rast called with seven-six suited. A little later, the start-of-day chip leader Jun Obara moved all-in with seven-five and was called by Nick Yunis who took down the pot with a king-high straight. Yunis Nick followed him out the door in fourth place.

The next player to fall was Tuan Phan. He was down under five big blinds and shoved queen-jack and Rast called with five-four. Rast made a straight on the river to bust Phan in third place ($210,913)  enter the heads-up a 5-1 chip advantage against John Gallaher. The heads-up ended quickly. On the final hand, Gallaher ran his Qd-10h into Ks-10d of Rast. The board ran out Js Jc 6h 10s 3d, giving the title to Rast. Rast earned the $474,102 top prize, while Gallaher settled for $293,009 as a runner-up.