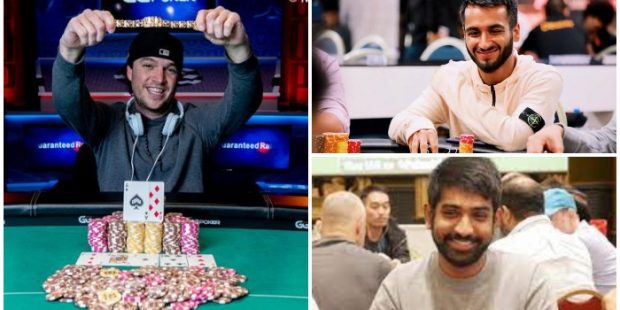 The action continues to pick up with the World Series of Poker (WSOP) 2021 already reaching its halfway mark. There was another day and another champion crowned at the prestigious series. The latest tournament to reach its conclusion was a two-day long Event #46: $800 No-Limit Hold’em Deepstack that drew 2,053 entries to build a prize pool of more than $1.4 million. In the end, it was Chad Norton who shipped it to win his first WSOP bracelet, along with the top prize worth $214,830.

“This is surreal,” Norton stated after his dream victory. “It was a quick tournament with a lot of ups and downs like always but it was a lot of fun and I’m just really grateful to come out with the win.”

Talking about his tournament journey, Norton said, “In one of the final hands of Day 1 I lost pocket kings against ace-queen for 1.2 million,” Norton continued, “It would have been nice coming into today with a nice chip stack but instead I came in with 380k and fought my way back somehow.”

The final day began with 120 players. Norton began as one of the short stacks with just over 10 big blinds. He managed to outlast the like of two-time bracelet winners John Moore (70th for $2k853) and Eric Baldwin (62nd for $3,305), PokerStars Championship Bahamas main event winner Christian Harder (25th for $6,591), & Koray Aldemir (11th for $15,417) on his way to making to the FT with the fourth-largest stack. He got off to a great start by earning the first two knockouts at the official final table, busting Josh Herman (9th for $19,533) and William Blais (8th for $24,982) to overtake the lead.

Norton scored his third elimination when his As Jh bested Ac 3c of Kevin Wang ($6th for $42,031). Norton extended his lead when he called a shove of Narimaan Ahmadi with As 6h out. He was ahead of Kd 6c of Ahmadi and Ace high remained the best hand by the river and Ahmadi exited in fourth.

After Andres Jeckeln going out in third place, it came down to the heads-up for the title between Norton and Steven Lemma, with the former holding a 3:1 chip lead. Given that Norton holding a massive chip advantage, the heads-up did not last long and was over within a little over 10 minutes.

On the final hand, Norton raised with As 8c and Lemma three-bet all-in from the big blind with Qc 9s. The board ran out Ac Jh 3d 5c 5h where flopped top pair, relegating Lemma to a runner-up finish.

The last couple of days have seen several Indian players enter the field and gain returns. In this event too, two Indian challengers Arsh Grover and the former WSOP bracelet Abhinav Iyer were seen in action and they both made it to the money. Iyer placed 164th place for $1,762 (INR 1.32 Lac), while  Arsh Grover exited in 103rd place for $1,956 (INR 1.46 Lac). This is not the first time at the series for Grover finishing ITM as he also finished 319th for $1,402 in Event #33: $800 8-Handed NL Hold’em Deepstack and 71st  for $2,331 in Event #35: Freezeout No-Limit Holdem of the ongoing series.