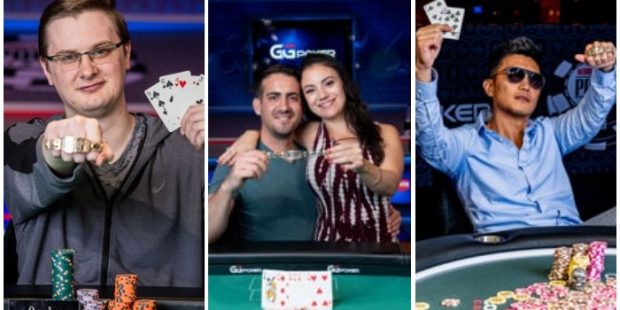 The final table of the WSOP 2021 Event: #40 $10,000 H.O.R.S.E. played out on Saturday and in the end it was the American mixed game specialist Kevin Gerhart who shipped the tournament. Out of a field of 149 entries, Gerhart outlasted some of the biggest names in the world of poker to make his way to the top to take home the third gold bracelet of his career and a personal best $361,124.

“If you look at just the final nine or even the last 16, there are so many names, so many bracelets, so many top-level players,” Gerhart told PokerNews after the win. “I am so happy that I get to prove myself year and year after year with three bracelets and hopefully be considered among the top in the world right now.”

Kevin Gerhart defeated Marco Johnson in heads-up to win the title. Johnson settled for a $223,194 payday for second place, while Eddie Blumenthal earned  $155,971 for his third-place finish.

Bryce Yockey’s latest final table brought him $111,701 for fourth. Brandon Shack-Harris made it to the final table of five as the short stack and was unable to climb up, finishing in fifth for $82,033.

Event #41: $2,500 Freezeout No-Limit Hold’em ended in a lengthy heads-up between Taiwan’s Carlos Chang and Brady Osterman. Chang emerged as the victor and claimed his first gold bracelet and hefty career-high cash of $364,589, while Brady Osterman locked in a second-place payout worth $225,333.

The final eight players returned on Saturday to battle it for the title. Quang Ngo, who started the day fourth in chips, was the first player to fall. He was followed by Gerald Cunniff in seventh place. Going out in sixth was Sung Joo Hyun whose pocket sixes lost to Arthur Conan’s ace-eight. Despite scoring the elimination, Conan was the next to fall after his pocket seven lost to Adrian Delmas’ pocket nines.

The final four battled for almost an hour before Spain’s Sergi Reixach exited in fourth place. After the elimination of Adrien Delmas, it came down to the heads-up between Chang and Osterman who battled back-and-forth for almost three-and-a-half hours. In the end, it was Chang who won the title with a flush to Osterman’s two pairs in a pivotal pot. Osterman settled for $225,333 for second place.

Clinching his third bracelet in Event #42: $1,500 Razz was Bradley Ruben who started the day seventh in chips, chipped up nicely, and shipped the event for his third career bracelet and a $99,188 payday.

Charles Sinn, who started the day as the chip leader, ended as the runner-up for a $61,303 payday.

Talking about his heads-up against Sinn, Ruben said, “I think I had like 300K in chips, and I just ran like God pretty much from then on, doubled up a couple of times, so it’s really just running good at the end.”