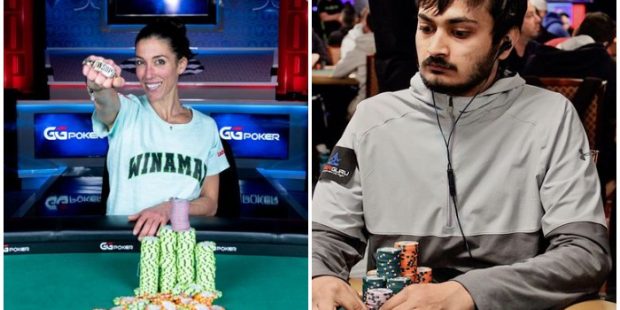 It was a memorable Sunday for Spain’s Leo Margets. She became the first female player on Sunday night to win an open event at the 2021 World Series of Poker. The 38-year-old outlasted a massive field of 1,903 entries in one of the final events of the series, Event #83: $1,500 The Closer. She bested Day 1 chip leader Alex Kulev in the heads-up play and topped a star-studded final table that had the likes of Stephen Song (3rd ), Cherish Andrews (6th), and Chris Moorman (8th) to win her first WSOP bracelet and a $376,850 payday. Kulev earned $232,920 for his runner-up finish.

The score happens to be the largest score of her career, surpassing her 2009 WSOP Main Event 27th place finish for $353,832. With the latest score, she took her career total to $1.45 million. She now joins Lara Eisenberg, who had won Event #22: Ladies No-Limit Hold’em Championship for $115,694, earlier at the series. “Usually, it’s going be harder for a woman to get a bracelet because we are few (in poker),” said Margets. She believes her victory “might motivate women to be interested” in the game.

While Margets was the star of the show, it was a memorable event from Team India’s perspective with several Indians scoring ITM finishes. Headlining the Team India’s ITM finishes was the former WSOP bracelet winner Kartik Ved who finished 41st for $8,550 (INR 6.36 Lac), which happens to be his third ITM finish at the 2021 WSOP. Ved was the only Indian to make it to the final day and he entered the day with a stack of 835,000. His dream for the second WSOP bracelet in this event ended after losing a key hand against Benjamin Underwood who held A-A against Ved’s A–Q.