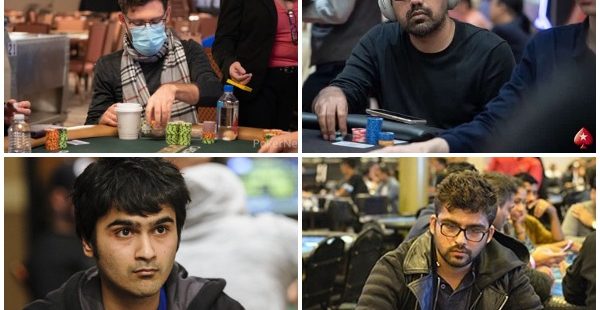 With the WSOP 2021 in the final stage, the action is now intense. The Indian participation in the series has been a little low this year due to COVID-19 related restrictions. Still, Indians are making their presence felt by posting deep runs, one after another. While we are yet to get a bracelet at the ongoing series, several heart-warming stories have been made. The biggest story is India’s poker superstar Aditya Agarwal leading the final seven players in Event #76: $10K Super Turbo Bounty. Another heartwarming story is that of Kartik Ved who is among the top stacks after Day 1 of Event #75: $1,500 Freezeout NLHE. Ved has bagged (523K) bagged the seventh largest stack among the 118 survivors and is in contention to win his second bracelet.

Among other stories of Team India are Sumit Sapra, Shashank Jain, and Siddharth Karia, who made it to Day 2 of the Event 70: $888 Crazy Eights among the 237 players of the 5,252 entry field but all of them fell before the end of the day. The veteran pro Sapra ran the deepest among them, finishing 52nd for $7,255.  Sapra lost a major chunk of his chips during level 28 and was unable to bounce back and fell out. Before Sapra, it was cash game reg Shashank Jain exiting the event in 145th for $2,920.

This was Jain’s second cash at this year’s WSOP as he has already scored in the Main Event, finishing 862nd in the Main Event for $15,000. The third Indian who fell on Day 2 of the event was Siddharth Karia who finished 219th for $2,762, which is by far the first cash for him at the ongoing series.

The remaining six players have locked up at least $79,888  and will be returning at 2 p.m. on Tuesday (November 16) to battle it for the first-place prize of $888,891 and coveted WSOP gold bracelet.