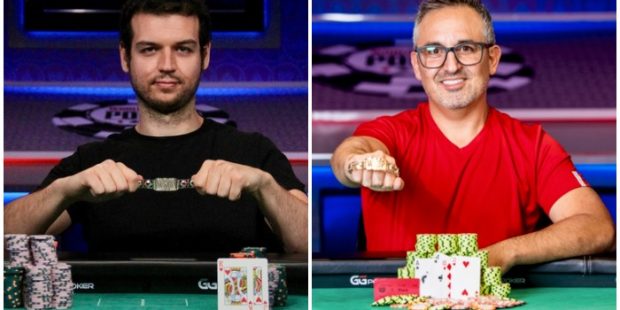 Australian poker pro Michael Addamo continues his dominance on the high roller tournament scene. He took home his third bracelet and a $1,132,968 first-place prize on Friday after topping an elite 81-player field and beating Justin Bonomo heads-up in the 2021 WSOP Event #38: $50,000 High Roller. Addamo is a high-stakes tournament player and is no stranger to success, with over $14 million in cashes before this victory. The year 2021 has been a break-out year for the Aussie native as he has won four titles and nearly $7.4 million in earnings between live and online tournaments.

Addamo’s third bracelet comes just a month after he took down the 2021 Super High Roller Bowl for a career-best score of $3.4 million. With Friday’s win, he joins the elite club of three-time WSOP gold bracelet winners alongside Antonio Esfandiari, Joe McKeehen, and Bonomo himself, to name a few.

Friday’s victory was the fourth seven-figure score of his career and it took his career earnings to $15.5 million.“It does put some pressure [on you], because if you internalize and believe that, you can become complacent, and sometimes that might make you study less,” said Addamo after the victory. “I just try and keep humble and try not to let it go to my head and just keep working and studying hard.”

“I think I’m really good just like everybody else, but I haven’t won a bracelet in 15 years. I’ve come close,” Arieh told PokerGO after securing the victory. “I think I have three or four seconds in the last six years and I fucking dog it. I choke. I started feeling that pressure again right at the beginning but I was lucky enough to hold some cards and fight through the mental weakness I guess. It’s always good. Winning money and winning bracelets is always good.”

The final day of the event started with 5 players remaining and Arieh in the lead. Gabriel Andrade began as the short stack and was the first to hit the rail. Next to go was the former WSOP bracelet winner in Ivan Deyra. He was left short by the constant pressure of Arieh and finally was busted by him in fourth place. Robert Blair followed him out. Blair was also eliminated by Arieh after being down to under ten big blinds. With that, Arieh took over a 3:1 chip lead into heads-up play with Tommy Le.

During the heads-up play for the title, the two players exchanged a few pots but Arieh whittled Le down and eventually closed it out with the win. Le settled for the runner-up payout worth $126,549.