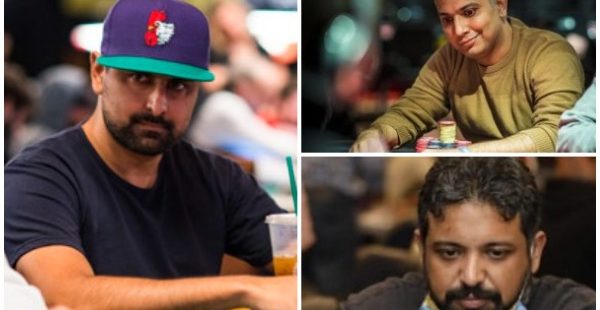 The World Series of Poker (WSOP) 2021 is running full steam with the $10,000 Main Event being the focal point. Meanwhile, Event #68: $1,111 Little One For One Drop of the series kicked off the first of its three opening flights on Monday with three-time circuit ring-winning Indo-American Mukul Pahuja (518,300) bagging the chip lead among the 143 survivors out of 490 entries. Fernando Ribeiro (428,000) & Poorya Nazari (377,500) rounded out the top 3 stacks from the opening flight.

Pahuja has a remarkable POKER resume with over $5.50 Million in live tournament earnings. He has already cashed thrice at the ongoing series and will now be eying his career-first WSOP bracelet.

The good news for the Indian poker community is that there are two Indians advancing from Day 1A of the event and they are well-known names in Adda52 Game Ambassador Kunal Patni (86,100) and MPL Poker Team Pro Dhaval Mudgal (33,700). Both Patni and Mudgal joined the event after busting Day 1D of the Main Event and we expect more Indians to join in one of the two remaining flights.

Both Patni and Mudgal are well-experienced players with a lot of international exposurre. They will be chasing their first WSOP bracelet on Day 2, slated to start at 1 PM (local time) on November 11. Two more flights are still to go, with Day 1B starting at 3 PM (local time) on Tuesday, November 9.

Keep following Online Poker News (OPN) for the latest updates and news from the WSOP 2021!