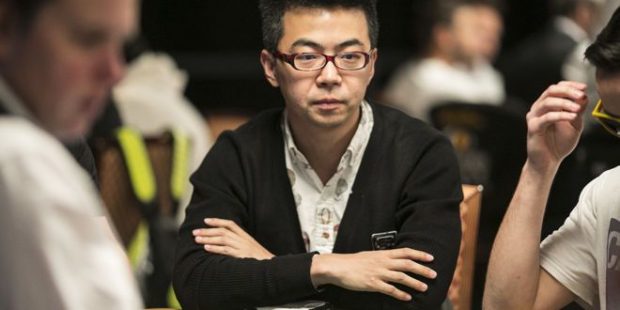 The third of the 11 online bracelet events of the ongoing 2021 World Series of Poker (WSOP) has crowned a winner. The Online Event #3: WSOP.com NLHE Ultra Deepstack drew a field of 1,023 players. After 12 hours of play, it was Natural8 Ambassador Pete Chen from Taiwan who finally defeated the user “Selvastar7” in heads-up to claim his career-best online score worth $82,559.

The 32-year-old player is a regular WSOP.com grinder and recently cashed for $5,025 in July after placing 18th in WSOP.com Event #32: No-Limit Hold’em Championship. However, the 2017 WPT Beijing Main Event winner was missing a bracelet, something he has finally added to his name!

The top 248 players got paid with a min-cash of $488.52 from the $488,520 prize pool. The tourney took almost eight hours to reach the money bubble. The pace of eliminations was quick from that point. Among the notables to finish ITM were Noam “Lokass27” Muallem, Ryan “Protential” Laplante, Chad “Alienprobed” Eveslage, Shawn “clairvoyant” Kjetland, and Daniel “Dnegs” Negreanu.

The final table was reached after the elimination of “DNasty17” (10th for $4,982). The final table began with “Selvastar7” in the chip lead. As expected, the shorter stacks fell quickly, with Chen and “Selvastar7” being responsible for five final-table eliminations between them.“fisherman702” and Amit “rocketsbaby” Makhija were the first two players to be eliminated from the final table.

Robert “420ish” Thomas lost his tournament life to Chen, who turned over ace-queen versus Thomas’ king-eight and found an ace on the turn to win the pot. Up next, “stuckonluck7” in sixth place and “Exclusive25” in fifth were eliminated by “Selvastar7”  to narrow the field to four players.

Chen eliminated “Meliano34” in fourth-place after winning a preflop all-in showdown. The latter was ahead with ace-king against Chen’s ace-five, but a five on the flop sent “Meliano34” to the rail.

Chen continued his dominance and busted Todd “Google_Man” Rodenborn in third place, getting into heads-up against “Selvastar7” who began the dual with 21,634,000 against 46,215,000 of Chen.

Chen was able to extend his lead and ship it quickly. On the final hand, he held Ah Js that bested “Selvastar7″ ’s As 4h on a runout of Qs Ks 4d 7h Jd. Chen earned $82,559 and his maiden bracelet.