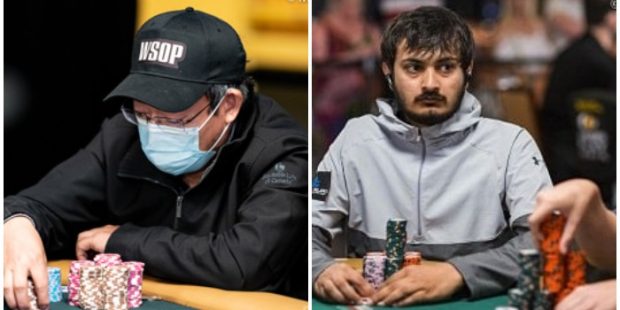 Featuring prominently among the 118 players who returned for Day 2 was India’s Kartik Ved who started the day with the seventh-largest stack of 523,000. While he was able to chip up nicely and held 1,000,000 chips at one point after winning a pot from Asi Moshe, he lost a big chunk of his chips in between and his stack came down to 285,000 when the tournament was down to the last three tables. Just before level 24 started, Ved got his 285,000 stack in following a raise from Nicholas Hubers. Action folded back to Hubers who called and tabled Kh Qs against Ad 8d of Ved. The board ran out 10h 8h 9d 6h Kc, giving Hubers a King pair and ending Ved’s run in 22nd place ($8,136).

Ved is no stranger to scoring big at the WSOP. He is in fact among the top five Indains to have notched up best finishes in the Main Event and finished 51st in the marquee event in 2019 for $173,015. He was chasing his second bracelet in this event but his dream for the gold ended in 22nd place. The latest finish was Ved’s second cash at the ongoing series as he also cashed in the $1K No-Limit Hold’em Mini Main Event (Event #65) earlier this month, finishing 77th for the $5,305 prize.

Tuesday`s top story was undoubtedly was that of India’s poker superstar Aditya Agarwal who was in the hunt for his maiden bracelet in Event #76: $10,000 Super Turbo Bounty. The seasoned player dominated much of the final table and eventually entered the heads-up with the chip lead. However, his dream run for India’s first gold at the ongoing series ended in second place for $286,705.

Day 1 chip leader, Liu is chasing his first WSOP bracelet. The Canadian has just two WSOP cashes worth $2,390 and already has minimum cash of $22,986 locked up. Hubers and De Souza, who finished Day 2 second and third in chips respectively will also be hunting for their first bracelets.

While all the remaining eight players have locked up at least $29,416, they all will be eying the first place prize of $270,877 prize and the bracelet. Day 3 kicks off on Wednesday noon (November 17) and will play down to a winner. Blinds will start at 50k/100k with a 100k ante paid by the big blind.