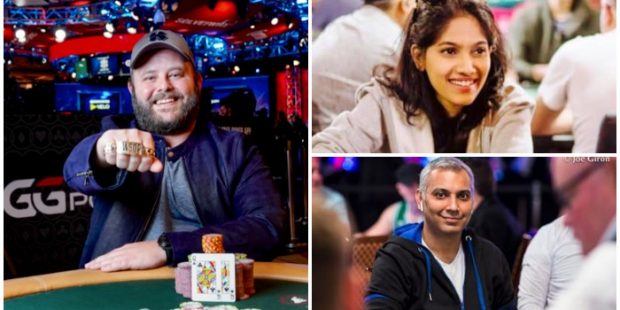 With the latest victory, Ball entered the exclusive group of two-time series winners like Anthony Zinno, Kevin Gerhart, and Josh Arie. He joined the series with two prior live scores and today he has twelve cashes and two bracelets. His total tally of cashes from the series now stands at $ 1,057,556.

“I told my friends that are here that before the start, I feel like this isn’t the real-life. It’s like a simulation to be heads-up again for a bracelet in like two weeks. I’ve just worked so hard to get better at No-Limit this past year, so when it peeled off and I won another one, it just didn’t feel like reality. It feels like I’m dreaming, and I’m going to wake up tomorrow and be like, dang, I can’t wait to live that one day.”- Ball

The event drew 3,797 entries across three starting days to create a whopping $ 3,800,797 that was eventually shared by the top 568 players. Only 26 players returned for the final day with Ball being the third in chips and remaining in third position till the unofficial final table of 10 was reached.

Frank Marasco was the first player to exit the 9-handed final table when he ran his jack-ten into the king-ten of Sebastian Medina. The next player to fall was a bracelet winner Seth Fischer, who pitted his king-queen against the king-five of David Jackson. The latter paired his five on the board, and Fischer was eliminated in eighth. A little later, following him was Petro Zakusilov in seventh place.

Ball scored his first knockout of the final table when his A-10 bested the 10-8 of short stack Ronnie Ballantyne. Ball made aces and kings to win the pot and Ballantyne was eliminated in sixth place. Up next, Jackson went out in fifth when his pocket sixes could not hold up against the A-10 of Mizzi.

Sebastian Medina’s run ended in fourth place when he shoved with king-jack right into the ace-six of Shanahan to finish fourth. Canada’s Sorel Mizzi lost the majority of his stack to a rivered flush for Ball. He then got the rest of his chips in with pocket threes and Ball called with pocket jacks. The larger pair held up and Mizzi was busted in third place ($186,824), bringing it down to the heads-up.

Ball began the heads-up with 94,000,000 over 57,880,000 chips held by Shanahan. While the latter was able to battle his way into the lead, Ball built his lead and shipped it. The tournament ended when Shanahan four-bet shoved Ac 8h against Qs Qc of Ball who made the call. The board ran out Kh 8d 3d Kd 2c, giving the pot as well as the title to Ball who banked $396,445 in the top prize.

Several Indians were seen action, but only two of them managed to score ITM finishes.  Shuchi Chamaria, who is the wife of Indian poker superstar Aditya Agarwal, ran deepest from Team India, finishing 73rd  for $5,488. This was the second cash at the ongoing series for Chamaria who had earlier finished 57th for $4,184 in the  $ 600 No-Limit Hold’em Deepstack Championship (Event #61)