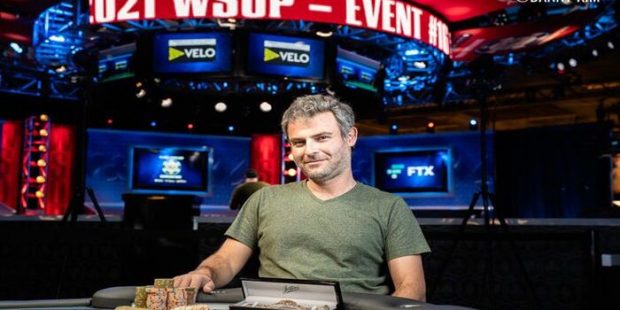 The 52nd Annual World Series of Poker (WSOP) is in full swing! The world’s grandest poker festival crowned another mixed game champion on Monday in Vladimir Peck who overcame an intense heads-up duel with Venkata “Sandy” Tayi to take down Event #18: $2,500 Mixed Triple Draw Lowball for his career-first gold bracelet and a $134,390 payday. The 44-year-old had entered the final day trailing Venkata “Sandy” Tayi but was able to get back in contention and finally win the tourney.

“I know I made a few folds that I would usually never make, but there were these big stacks, and suddenly the bets were so big. You pick a hand to get involved in, and that’s your tournament right there,” Peck said,

Speaking about his heads-up with Tayi, Peck said,“It was tough to do because sometimes he got those hands, and I hate to break and pair up. It was a spot where I didn’t think he was bluffing. He wasn’t bluffing a lot. I made a lot of mistakes calling some of his bets with bluff catchers, and he always had it.”

When asked about his participation in other WSOP events, Peck said, “This is fun and reminds me more of playing poker as a kid where it was essentially Dealer’s Choice. All these different random games, we just played a bunch of different games. The no-limit hold’em games are fun and big, and I will play some of those as well. The Dealer’s Choice was a lot of fun, and there were many very good players in it.”

The tournament generated a $562,925 prize pool on the back of 253 entries. The top 38 players were paid out with Gary Benson among them bubbling the final table in eighth-place for $11,364.

Brian Yoon began the final table as a chip leader, with Peck being one of the shorter stacks. However, Peck did well to chip-up and eventually ship it. The first elimination at the final table came in Carlos Rodriguez who exited in seventh place. Following him was Hal Rotholz who was busted in sixth place by Venkata Tayi. The next to fall was three-time WSOP bracelet winner Brian Yoon.