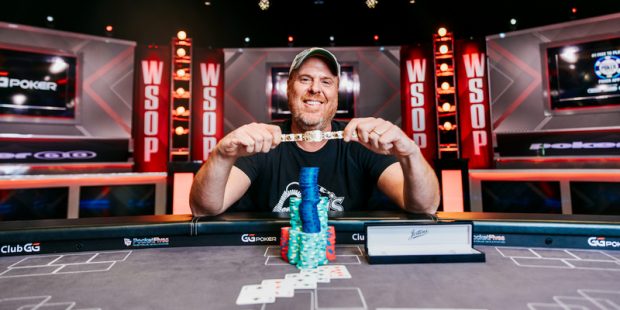 Bromfman came within striking distance of winning his first WSOP gold bracelet in 2019, placing sixth in the $10,000 no-limit deuce-to-seven single draw lowball event for the largest live tournament cash of his career at the time. Three years later, he found himself once again on the final table and this time he emerged victorious to win his dream bracelet. “I mean, it was always a dream, but it’s so tough to win one of these. The fields are amazing,” he said after his epic WSOP bracelet victory.

Running from 17th to  19th June, the event so many big guns in action including Phil Ivey, Daniel Negreanu, Anthony Zinno, Darren Elias, and defending champion Farzad Bonyadi. The event created a prize pool of $1,128,325. After three days of gameplay, the top 19 places were paid and the min-cash stood at $16,000. Poker pro Jeremy Ausmus was bubbled the event after exiting at the 20th place.

A total of 14 players made it to Day 3, with the top seven making it to the final table (FT). Poker Hall of Fame inductee Eli Elezra was the first player to leave the FT at the 7th place for $41,011.The next to fall out was the defending champion Bonyadi, who finished in 6th place for a pay cheque of $53,687.

Brazil’s Yuri Dzivielevski went out for a payday of $71,315. Canadian player Alex Livingston was next to fall out as he exited in 4th place for $96,104. After Cary Katz exiting the tournament in 3rd place for $131,362, it came down to  the heads-up  between Bromfman and Scott Seiver.

Bromfman began the heads-up with 3,790,000  against Seiver ‘s 3,470,000. He was was able to extend his advantage and eventually beat four-time WSOP bracelet winner Scott Seiver in the heads-up to clinch the title. Seiver was denied his fifth bracelet as he settled the runner-up payout of $182,086.