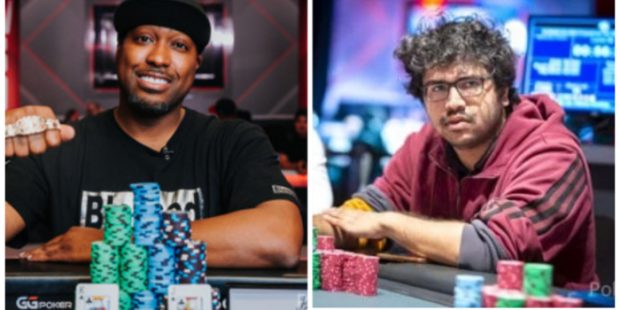 The $3,000 Freezeout attracted 1,359 entries for $3,628,530 prize pool. The likes of Daniel Negreanu, Maria Ho and Justin Bonomo all contributed to the prize kitty but fell on Day 1. Notables falling out  on Day 2 included WSOP Main Event champion Koray Aldemir and 2019 Main Event winner Hossein Ensan. Day 3 began with 26 players remaining, and that quickly whittled down to ten. Julien Martini’s aces were cracked by Hellmuth in the early going, which helped Hellmuth to make a deep run.

Jackson entered the heads-up with a healthy chip lead, but Hellmuth was able to catch up. Finally, it all ended when Hellmuth limped in, Jackson moved all-in and Hellmuth tank-called with Ah 7h for his last 9.5 Million. Jackson had Kc Jc and the board ran out 10h  4s 10c 9s Qd, giving a king high straight for Jackson to win his second bracelet. Hellmuth missed his 17th bracelet finishing 2nd for $369,698.

Four Indians made it to Day 2 in this event but only Neel Joshi among them qualified for Day 3 with 2,215,000, the seventh largest stack among the 26 survivors. He was seventh in chips with 13 players left but he then lost a hand to Phil Hellmuth and exited an hour later. His final hand saw him raising to 845,000. Jeffrey Lo called in the small blind and Justin Saliba re-raised to 4 Million from the big blind. Joshi got his remaining 50,000 chips in, and Lo went into the tank before folding. Joshi had pocket eights, which lost to the pocket tens on the Q-10-J-A-8 board. Joshi’s dream run for the gold  bracelet ended in 12th place and he walked away with $30,435 for his deep finish.