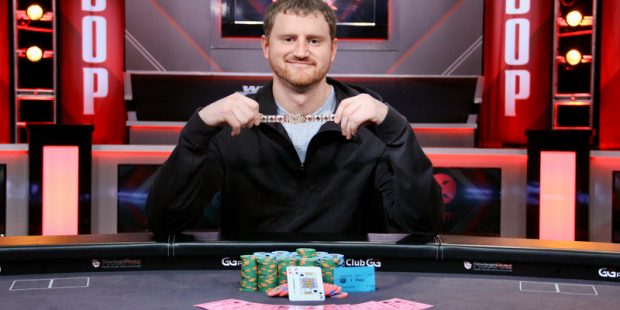 The 2022 World Series of Poker (WSOP) is now running full steam at Bally’s and Paris Las Vegas. The second bracelet of the world’s longest running poker festival was awarded today in Event #2: $100k High Roller Bounty that drew a star-studded field of 46 entries and created a massive $3,300,500 in the prize pool that was shared by seven players. After three days of gruelling action, David Peters came out on top, winning it for $1,166,810. With the victory, Peters moved upto $40,165,579 in live tournament earnings, getting ahead of Erik Seidel to move into 5th place on poker’s all-time money list.

Talking about his win Peters said, “It feels great, especially the first event of the series, the first event being away from the Rio, it’s such a prestigious tournament, so many great players.” “Getting number four is big. There are not too many people who have four. It’s a very, very nice start to the series,” he further added. “It’s always nice to beat someone that’s hot and a great player. It wasn’t exactly a super long heads-up battle, but it was nice to beat a player like that for sure,” commented Peters.

This event running for three days paid out only seven players, with two-time bracelet winner Nick Petrangelo being knocked out on the bubble. The 10-time bracelet winner Phil Ivey was the first to finish ITM. Ivey earned $133,127 from the prize pool. Matthew Steinberg finished sixth for $180,872.

This was one of the fastest final tables in WSOP history as it played out only 26 hands and lasted for a little over an hour. The heads-up between the start of the FT chip leader Kornuth and Peters lasted a little under 10 minutes. The final hand ran during the Level 18 with the blinds running 60,000/120,000 & ante 120,000. Peters raised from the button with Ks Kh and Kornuth 3-bet with 8s 8c. Peters then 4-bet and Kornuth shoved all-in, which Peters called. The board ran out 9c 7d 6h Ad 7c, locking up the title for Peters. Kornuth settled for $721,144 as the runner-up, the largest payday of his career.