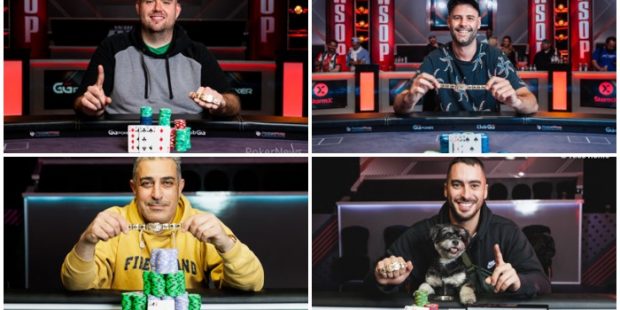 The World Series of Poker (WSOP) 2022 running at Bally’s and Paris Las Vegas is just over two weeks in and more than 2 dozen bracelets have been awarded. The latest batch of the bracelet winners included USA’s Maxx Coleman, England’s Robert Cowen, USA’s Michael Simhai & Jonathan Cohen. 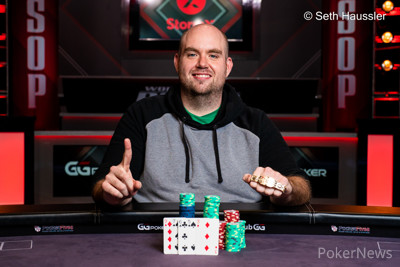 Coleman came into this particular event with 44 career WSOP cashes and three final table finishes but no bracelet to his name. After winning it for his maiden gold bracelet, he said, “It feels great. It’s something I’ve wanted to win. I’ve had some deep runs and good scores, but no bracelet”

The final day began with 19 players returning from a record field of 437 that blew the past best turnout of 296 in 2019. Coleman begun the 8-handed unofficial table as Jonathan McGowan (8th) and German soccer pro Max Kruse (7th) fell early on. Things started off well for him on the final table as he eliminated Tomas Szwarcberg in 6th place and continued the momentum in his favour by busting the Brazilian online legend Yuri Dzivielevski in 4th place. Up next, it was WSOP cashes king Roland Israelashvili who exited in 3rd place. That set up the heads-up for the title against Newton.

Coleman held the chip lead at the start but had to battle it back as Newton had pulled ahead. On the final hand, he showed 9x 7x 6x 5x 3x  and won it as Newton had Jx 9x 3x 2x.  Throughout the long final day that lasted more than 11 hours, Coleman kept his patience and focused on his main goal. 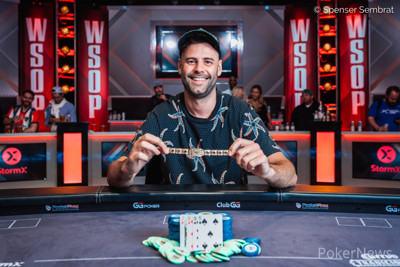 Yet another winner crowned at the WSOP 2022 was England’s Robert Cowen who claimed his second gold bracelet in Event #28: $50,000 Pot-Limit Omaha High Roller. He was up against Dash Dudley in the heads-up, the latter was battling for his third title in the four-card variant. The latter was denied his third title as Cowen shipped it for his second PLO bracelet, having won his first bracelet in 2021 when he won Event #80: $3,000 Pot-Limit Omaha 6-Handed for $280,916.

The most expensive NLH event on the schedule drew in 106 entries for a prize pool worth $5,074,750, which was shared by the top 16 finishers. The final day of the event saw five players return to the PokerGO live-streamed feature table, with Cowen starting it third in chips,  trailing Veselin Karakitukov and Ben Lamb. He took over the chip lead when he doubled with double-suited aces against the rundown of Dudley. Continuing his momentum, he busted Karkitukov in 4th place.

Cowen entered the heads-up dual with a 3:1 chip advantage over Dudley, but the two-time WSOP bracelet winner was able to double up through to nearly even as his single-handed queen held. Cowen pulled back ahead before the final hand that saw Dudley with Ks Kd Qc 4s and Cowen with Jd 9c 8d 5s. The board ran out Js 7s 6h 9d 9s, completing Dudley’s flush and giving Cowen a full house to win the title for $1,393,816. Dudley was busted in second place and walked away with $861,442. 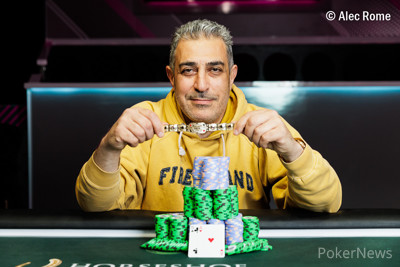 Yet another event to conclude was Event #27: Shootout No-Limit Hold’em that hit the 1000-player cap and created $1,335,000 in prize pool. After three days of action from June 13-15, USA’s Michael Simhai topped the star-studded field to win it for $240,480 and his career-first WSOP gold bracelet.

The final and third day of the event began with 10 players remaining in the field. The first causality of the day was Derek Sudell who was eliminated by David Dowdy. It was Sudell’s second FT at the ongoing series, having finished 5th in Event #14: $1,500 6-Handed No-Limit Hold’em for $109,083.

Following him was the former bracelet winner Kevin Song who got eliminated by David Yonnotti in 9th place. Simhai scored his first elimination during the seven-handed play when he busted Austin Peck in 7th  place. From there, he continued his domination and busted the two Indian-origin players in Ravi Raghavan (4th) and Anant Patel (3rd) to enter the heads-up battle with the chip lead.

The heads-up did not last long and ended in just few hands. The final hand of the event saw Dowdy with 7h 7s and Simhai with Ah 5c. The board ran out Q Kh Kd 4h Qs where the queen paired the board, counterfeiting Dowdy’s pocket sevens. Simhai’s ace kicker played, giving him the pot and the title. 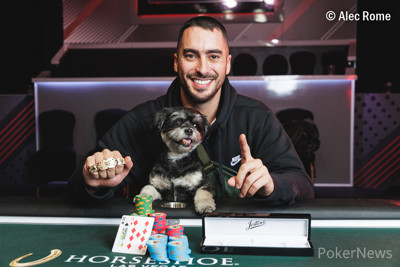 Yet another latest bracelet winner was crowned in Event #26: $10,000 Limit Hold’em Championship that drew in 92 entries and generated $857,900. Following four days of gruelling action, Los Angeles’ Jonathan Cohen shipped it for a career-best $245,678 and his first bracelet. Cohen defeated Kyle Dilschneider in a marathon heads-up battle that lasted nearly seven hours. The win for Cohen has come a decade after after his runner-up finish for $192,559 in Event #14: $1,500 NLH Shootout at the 2012 WSOP.

Keep following Online Poker News (OPN) for the daily updates and news from the WSOP 2022!