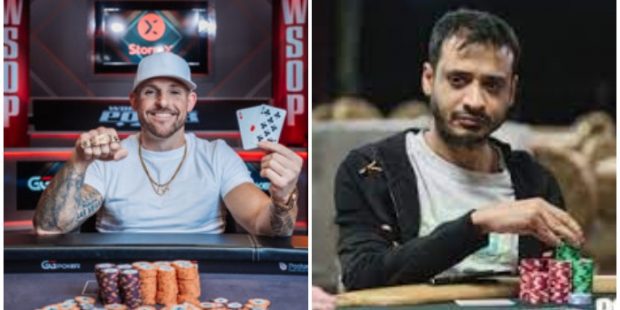 The World Series of Poker (WSOP) 2022 is running full throttle at Bally’s and Paris Las Vegas. One of the latest events to conclude at the series was Event #21: $1,500 Monster Stack No-Limit Hold’em that kicked off on June 10 and concluded on Wednesday night after four days of high-octane action.

Following 14 hours of play on the fourth and final day of the event, it was Mike Jukich who came out on top to win it for $966,577 and his maiden WSOP gold bracelet. He overcame a final table featuring former bracelet winners Anthony Spinella and Joao Simao, before defeating Mateusz Moolhuizen in heads-up. Moolhuizen began the heads-up with a 2:1 chip lead but Jukich was able to close the gap quickly and then take the chip lead. That saw him take more than a 5:1 lead to dominate ahead.

On the final hand of the event, Moolhuizen limped from the button with Kc Qc and Jukich shoved holding Ah 8c. The board ran out Js 10h 5s 3d 5c where Jukich’s ace high was enough for him to win the pot as well as the title. Moolhuizen took home a career-best $597,362 as the runner-up finisher.

From Team India, several big name players cashed out in this event. Aditya Agarwal was the top scorer among them all. The WSOP veteran was one of the two Indians making it to the fourth and final day among the 39 players. He started the day as one one of the shorter stacks among 39 players but did well to finish 18th for $38,231 (INR  29.82 Lac). The other Indian to fall on Day 4 of the event was the 2020 PokerStars LIVE Red Dragon Manila High Roller champion Ankit Ahuja began with the 16th highest stack but exited early in the day, placing 33rd for $31,033 (INR 24.21 Lac).