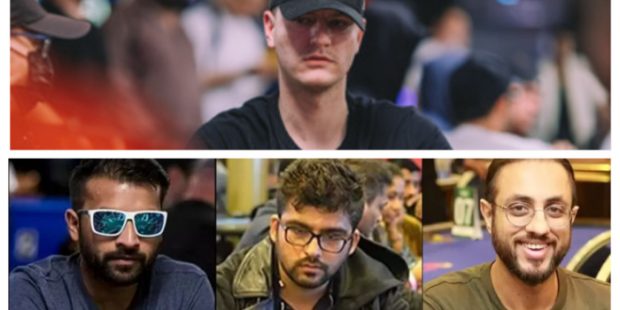 The penultimate day of Event #51: $400 Colossus No-Limit Hold’em of the World Series of Poker (WSOP) 2022 ended with just seven players left standing. Sam Laskowitz of New York bagged the chip lead by shoving the turn in a big pot against bracelet winner David Jackson and took it down, finishing Day 3 with 206,500,000 (52 BBs) and a huge chip advantage over his opponents on the FT.

Following him is Paul Hizer who busted David Jackson in 11th place ($32,130) with a queen on the river and finished the day with 132,000,000. Frenchman Jordan Pelon was unstoppable on Day 3. He began the day as the massive chip leader and kept up his lead for the major part of the day before losing a big pot to Laskowitz. He still ended up in third place (68,000,000) for today’s final table.

Each of the remaining seven players has locked $66,670 and the winner will receive the coveted bracelet and the whopping $414,490 top prize. They will return to play at 4 p.m. local time today on the main feature table and the action will be live-streamed on a one-hour delay on PokerGo.

Day 2 of the popular event saw 1,695 returning players from Day 1A and Day 1B, and by the end of the day’s play, only 68 survived. Day 3 has ended with only seven players remaining in contention.