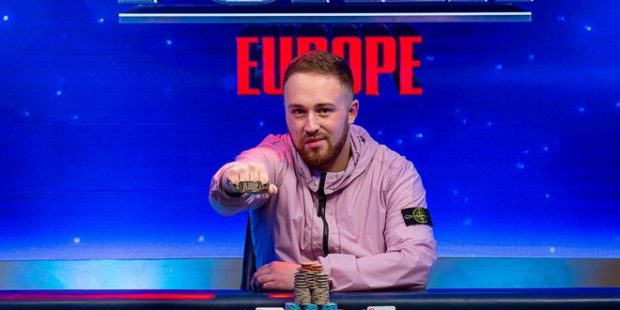 Romain Le Dantec is the latest bracelet winner crowned at the 2021 World Series of Poker Europe. The French player overcame a strong field of 73 entries to emerge victorious in Event #13: €10,000 NLH 6-Max, earning €207,267 and his first WSOP gold bracelet. Predominantly a cash game player, Dantec made his first WSOP FT just a few days ago, finishing fifth in Event #9: €1,100 NLH Bounty Hunter for €17,905. Now he is a bracelet winner with over $310,000 in live tournament earnings.

Le Dantec eventually defeated his fellow countryman Sonny Franco, a three-time WSOPC Circuit gold ring winner who banked €128,09 for his runner-up finish in the 6-max tournament. There were actually three French players making it to the final table, including GGPoker Ambassador and the only bracelet winner at the FT Bertrand “Elky” Grospellier, who finished 4th for €62,574).

“I feel good, very good. It’s my dream to win a bracelet, so to do it in the €10,000 Six-Max is unbelievable.I love tournaments, and I love competition. It was a very good tournament with a lot of top players from all over the world, so I’m very happy to win that,” – said Le Dantec after his maiden WSOP bracelet win.

German poker pro and WPT main event champion Christopher Puetz was the first player to be eliminated from the final table. He was followed by his fellow countryman Sirzat Hissou (5th place for €45,574). GGPoker Ambassador and French poker pro Bertrand “Elky” Grospellier (4th place for €62,574) was the next one to leave the final table, followed by Jakob Miegel in 3rd place.